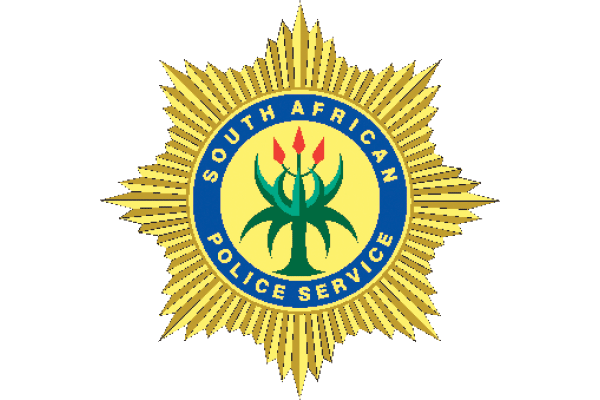 Orkney – In a bid to address illicit mining activities, the Dr Kenneth Kaunda District Illegal Mining Team comprising of various units such as Public Order Police (POP), Detectives, Organised Crime, National Intervention Unit and Forensics, working together with other role players including mine security, arrested 35 suspects for attempted murder, causing an explosion, malicious damage to property and conspiracy to commit crime on Wednesday 6 October.
The suspects were arrested at No. 6 Lawrence Park ventilation shaft in Orkney and the vicinity. The arrests came after a group of approximately 300 illegal miners commonly known as ‘zama zamas’ attacked and shot at the security officers and later the police in an attempt to forcefully provide foodstuffs to their fellow illegal miners who were underground.
The shooting incidents that unfolded at about 18:30 led to the deaths of illegal miners. Four bodies were found in the vicinity of the shaft, one was found approximately 800 metres from the crime scene while the sixth one was found in the bushes near Kanana Location. Several food parcels and two firearms were found at the crime scene.
The Independent Police Investigative Directorate (IPID) officials were immediately summoned to the scene.
The arrests and shooting incidents came after a decision by the mine management to clamp down on illegal mining activities by closing the ventilation shaft which the ‘zama zamas’ had been using to enter and exit various shafts. The action effectively stopped the supply of foodstuffs and water to the ‘zama zamas’. Consequently, some of the illegal miners voluntarily and due to shortage of food and water, used explosives to open a hole and started to exit the shaft on 2 October. On 3 October, more than 500 had already exited the shaft. They were thoroughly processed including being medically examined for dehydration before being released. Some were treated by paramedics while a few others were taken to hospital.
Although nobody exited on Monday and Tuesday, the ‘zama zamas’ exited again on Wednesday afternoon, 6 October 2021. It was at that stage that some of the illegal miners launched an attack which resulted in the deaths.
The arrested suspects are expected to appear in courts soon and the DPCI took over the investigation. The Provincial Commissioner of Northwest, lieutenant general Sello Kwena condemned the carelessness of the alleged illegal miners and indicated that no amount of force will deter law enforcement to do their work. He also urged members of the community to remain calm and work together with the police in ensuring that those who brazenly commit crime including illegal mining are arrested.
The team is still maintaining their presence in the area to ensure calm.
Extracts of SAPS press release