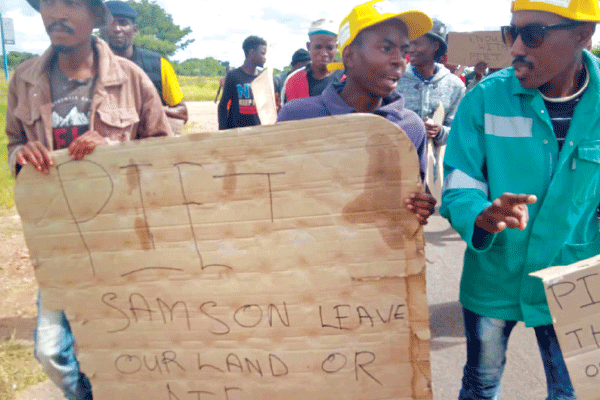 Dwaalboom – The plot thickens in and out of court, involving four properties totalling 5,500 hectares outside Dwaalboom.

In the latest judgement between four private companies (applicants) and the respondent Bakgatla-Ba-Kgafela Communal Property Association (BBKCPA), the judge ruled in favour of the applicants, ‘Interdicting and restraining the Respondent and any other person acting under the authority of the Respondent from executing any allotment and/or lease agreements and disposing of and dealing with the properties.’

In an interview with a local community member, who wishes to stay anonymous: “It’s a power and property struggle involving the Bakgatla-Ba-Kgafela. A leadership shift in 2020 involved the provincial government and the High Court.

Ever since then the power struggle has not ended and both sides have their own supporters. I would not be surprised if the torching of Kgosi Linchwe’s property, on 23 October 2021, had something to do with this.”

The power struggle is one thing… but the farmers on the property, who have invested thousands of hours and a lot of money into the farmlands in this dispute, are stuck in the middle.

A letter to the editor sent by Farmer X, reads: “This is not my fight, but it’s my money and hours spent to rehabilitate a piece of farmland for which I have a valid contract supplied by the BBKCPA. We have won two court cases thus far. All I want to do is farm.”

His challenge started when a community member, with no contract with the BBKCPA, started to plant sunflowers on the property in December 2021. The good rains at the beginning of the year soon transformed the fields into a sunflower haven and it is almost ready to harvest.

The community member is part of the businesses who won the latest court interdict.
The Limpopo High Court on 18 January 2022 ruled in favour of BBKCPA to ‘immediately restore the property to BBKCPA for the peaceful and undisturbed possession, use and enjoy of the crops and farming purposes’ of the said farms.

The ruling also stated that members not affiliated by BBKCPA should immediately cease any and all farming activities.

In the meantime, the Limpopo High Court on 13 April 2022, ruled in favour of the private companies. The court stated that the BBKCPA does not have the authority to manage the properties.