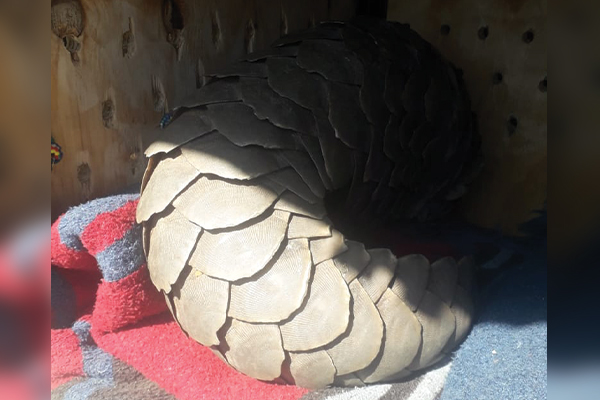 Rustenburg – Three suspects aged 32, 43 and 45 appeared before the Rustenburg Magistrates’ Court on Monday 27 July for the possession of a pangolin, which is an endangered species.
The trio’s court appearance follows their apprehension on 23 July, after members of the Provincial Organised Crime Unit made a follow up on information about suspects who wanted to sell a pangolin close to the Waterfall Mall in Rustenburg.

According to information received, the police spotted a silver Ford Figo with Gauteng registration number plates in the vicinity of the mall. The vehicle was approached for a search. According to police spokesperson lieutenant colonel Amanda Funani, the pangolin was found inside the vehicle and the suspects were arrested.

Provincial commissioner of North West, lieutenant general Sello Kwena, applauded the Provincial Organised Crime Unit for their success. He also thanked members of the community for their valuable information which led to the arrest.